Acentric
Published in Retail · 13 November 2014
Tags: Online, shopping, Christmas
A substantial proportion of SA’s middle and upper income consumers intend to spend more than last year in spite of the slowing economy. This is a according to the Acentric Christmas Shopping Intentions Survey 2014, a survey of over 400 South African shoppers. The survey was completed on the 9th of November 2014. The survey is representative of middle and upper income South Africans in terms of age, gender, race and household income. According to the survey, shoppers have a more practical focus– in contrast to more affluent US shoppers who have a greater luxury and technology focus. Food and mainstream clothing are top items in SA, along with alcohol – an item which is more likely to be at the bottom of US shoppers’ lists. Price is also very important, as evidenced by the popularity of discount stores.
For the most part, SA’s middle and upper income groups remain unaffected by signs of a worsening economic outlook, with approximately 34% intent on spending more this year while 38% intend on spending about the same as the previous year. A minority (26%) intend on spending less. In contrast affluent US consumers seem less content. According to a study by The Schullman Research Centre in New York, only 13% of affluent Americans intend on spending more, while 69% intend on spending the same as last year.
What may be surprising to some is that online shopping is now almost equal in importance to conventional distribution channels. “Almost 31% intend on doing at least some of their shopping online this year, making online almost equal to mainstream stores (36%) in terms of purchase intentions within the middle and upper income brackets. While these consumers may only buy a small number of items online and still complete the rest of their shopping in conventional brick and mortar stores, the fact that so many are being exposed to the online experience means greater opportunity for future growth as consumers learn to trust and enjoy online shopping.” says Craig Kolb MD of Acentric Marketing Research (Pty) LTD.
In terms of the types of items that shoppers are interested in purchasing, food leads the way with 55% intending to purchase Christmas related foods; followed by toys (48%) and mainstream clothing & accessories (41%). “The results imply a focus on essentials rather than luxuries; shoppers seem to view utility as a key guiding principle behind their purchases in most cases. The popularity of gift cards also indicates a practical focus, with 35% intending on purchasing gift cards rather than selecting a potentially unwanted gift. It seems the stigma around gift cards has lifted somewhat – however we still lag the US, where gift cards are preferred over material gifts, particularly amongst affluent consumers. I am also pleased to note that 25% intend on purchasing books, which should be a welcome boost to our relatively small publishing industry.” says Kolb.
Of interest to retailers may be the fact that only 4% of shoppers claim to have already completed their Christmas purchases. “Given that the survey ran early November, one would expect more shopping to have been completed already. Intentions to purchase and the types of products vary by demographic segment. For instance, going forward we can expect most of the spend to come from younger shoppers, as those over 50 are far less likely to purchase in the coming weeks.” says Kolb.
As in 2013, a comprehensive online retail brand survey will be completed after Christmas to examine the previous years online shopping activities. The Online Retail Brands Report will be released in February 2015.
For more information on the Acentric Christmas Intentions Survey slide deck click here. 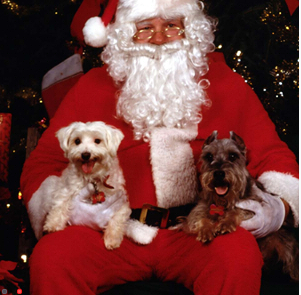 Technical note
The margin of error is approximately 8.9% at a 95% confidence level including design error, and assuming a worst-case proportion of 0.5 (50%). Reported proportions, larger or smaller than 0.5 (50%) have smaller margins of error (i.e. more accurate) with the same base size. Note different questions and cross-tabulations may have different base sizes depending on whether or not a question was applicable to the specific respondent.